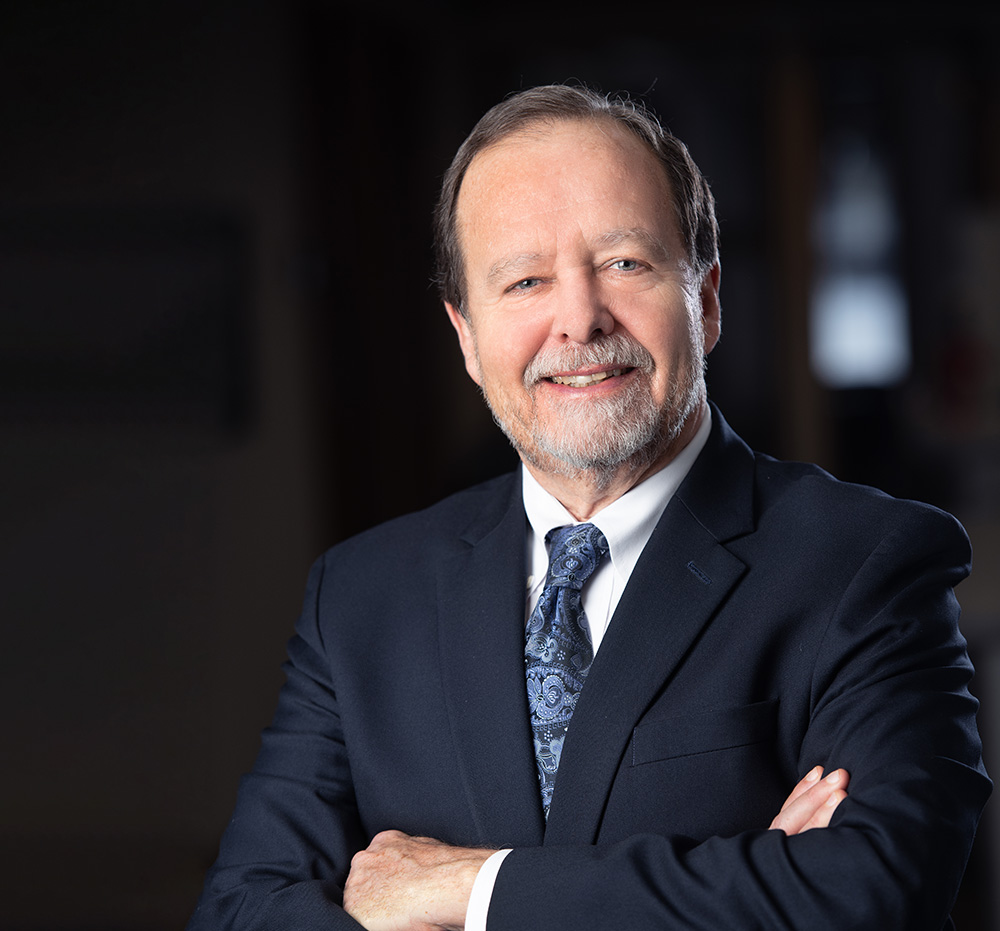 With over 40 years of experience as a practicing attorney, Bill has handled every legal issue municipalities are likely to encounter – and he remembers all of them. He is especially passionate about zoning and planning, annexation and detachment, intergovernmental cooperation, and public improvement projects.

Bill sees his job as fun – his experience, legendary memory, and his can-do attitude elevate his creativity in problem-solving. He knows that no matter how good his last solution was, there’s always another way to tweak it and make it more advantageous for his clients.

If you really want to motivate Bill, tell him that a project has “never been done before” or “can’t be done.” He’s had a history of firsts during his career, including the first detachment of territory from a city to a township, and most recently an annexation of land from one city to another. If there’s a way to do something, Bill will find it.

He strives to ensure his clients understand he’s on top of whatever they need from him, and that starts with responsiveness. He knows it’s his job to care as much about his clients’ needs as they do, and he aims to take any worries off their shoulders.

Bill’s work with public utility and energy companies has helped resolve every major change and controversy facing the natural gas and electric energy industries over the last 40 years. He handles litigation and appeals for Michigan’s largest energy and utility companies and is well-experienced in matters before the Michigan Public Service Commission, as well as other Michigan administrative and regulatory agencies.

He also served as an adjunct professor of Zoning and Land Use Law at the Western Michigan University Thomas M. Cooley Law School from 1989–1996 and is one of the state’s acknowledged authorities in zoning and planning law.

Prior to founding Fahey Schultz Burzych Rhodes PLC in 2008, Bill was a shareholder and past president with Foster Swift Collins & Smith PC.

Off the clock, Bill is an avid exerciser, playing tennis and taking classes at the Michigan Athletic Club. He and his wife enjoy traveling to see their five children and seven grandchildren, who live across the country and around the world.

Bill has presented on more than 75 municipal law topics, including Joint Municipal Agreements, Defending Zoning Lawsuits, Defending Property Tax Appeals, and Special Assessment Procedures at state-level seminars and conferences offered by the Michigan Township Association and the Michigan Association of Township Supervisors, and he has authored articles in various publications on Municipal Conflict and Cooperation, Big Box Store Tax Appeals, Downtown Development Authorities, and the Freedom of Information Act.

Please submit your email address to access the presentation.