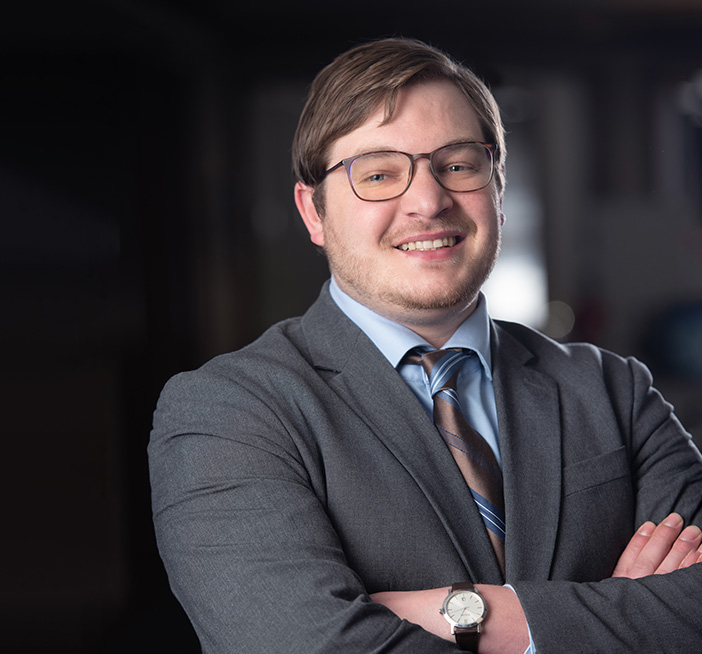 The trial work he does is quick and requires him to be nimble and prepared, and he enjoys that challenge. He also is drawn to unusual research projects for municipal clients, examining questions that haven’t been asked previously. The thrill of the chase down the rabbit hole is something he welcomes.

Jake’s work focuses on code enforcement and prosecuting civil infractions for ordinance violations. He assists in drafting new ordinances, sign regulation, and small cell licensing, and he researches novel areas of the law including amending zoning and nonzoning ordinances.

He prides himself on being a diligent worker who brings a level-headed, approachable demeanor to the table. He has high standards for the work he does, and he enjoys building personal connections with his clients.

Outside of the office, Jake and his wife like to hike and camp in the U.P. and spend time at their family place in Harrison.

While clerking for Judge Gregg, he authored an article on the discharge of nonfraudulent debt, arising from a breach of fiduciary duty, published in the Fall 2017 edition of the Federal Bar Association Bankruptcy Section Newsletter.

Please submit your email address to access the video.